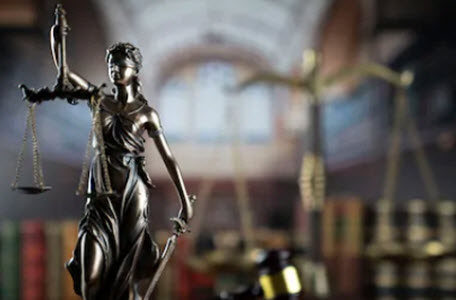 It has become a business school platitude that innovation is the key to success in business.  Seeing people’s creative new twists on existing products is what makes shows like Shark Tank entertaining.  You can achieve business success just by improving slightly on existing products and business models, but if you have a truly new invention, you need a patent to protect your original idea.  (You might remember Ryan Frayne’s Windcatcher air mattress inflation technology, which sparked a discussion among the sharks about patenting the technology.)  Patent law is its own subfield of the law, but if you and a business partner decide to patent a new invention together, you should consult not only a patent lawyer but also an Alabama business law attorney.

In 2014, the Alabama Supreme Court ruled on a dispute that had been going on for nearly a decade between a large company and a smaller one that distributed its products.  Clarence “Buddy” Scroggins owned Complete Lighting, which sold lamps and other lighting equipment.  In 2004, Scroggins and his company signed a contract with Victor Deng and his California-based company DM, a major supplier of lighting equipment nationwide; the parties agreed that Complete Lighting would distribute DM products.

Even before its relationship with DM began, Complete Lighting was in the business of selling aquarium lighting equipment.  In 2006, Scroggins came up with an idea for an LED lamp tube that improved upon the existing LED lights used in aquariums because it did a better job of staying cool.  He asked Deng to produce a prototype, because Deng also owned a company in China with this capability.  After three versions of the prototype, the LED lamp tube was ready to be patented; the parties were keen to get a patent before marketing the LED lamp tubes because they could also be used in store displays, not just aquariums.  This is where the dispute arose.  Scroggins claimed that his name and Deng’s would both appear on the patent, but Deng patented the invention in his name only.  Deng also obtained a patent in China for the LED lamp tube without Scroggins’s knowledge.

At this point, the parties’ business relationship deteriorated and they ended up in court, claiming breach of contract and fraud.  At one point, Deng presented a Chinese patent application, dated 2003, for an LED lamp tube like the one Scroggins invented; Scroggins claimed that the application was fraudulent, and the court excluded it as evidence. The court ended up awarding compensatory damages to Scroggins and ordering Deng to pay punitive damages.  The case was so complex, though, that even after the Alabama Supreme Court issued its ruling, it remanded certain aspects of the case to the trial court to decide.

An Alabama business & corporate litigation attorney can help you make business decisions that enable you to reap the financial rewards for your inventions and innovations.  Contact Cloud Willis & Ellis for a consultation.