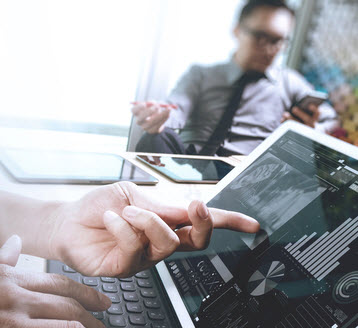 During the COVID-19 pandemic, many small business owners in Alabama and elsewhere have made the painful decision to close their companies.  If you were a member of a partnership or LLC, then you might have to tie up loose ends with your former partners, so that no one is left with an unfair share of the financial burden of moving on from a failed business venture.  Likewise, you sometimes find out only when your business relationship ends, that your partners misappropriated money to which you have a right.  In summary, getting out of a business relationship can be messy, even if you and your partners worked together harmoniously while the business was operational.  An Alabama small business lawyer can help you resolve disputes with your business partners, whether these disputes arose before or after you dissolved the company.

In October 2000, Fred and Bellann Fitts, a married couple, started a company called Enhance for Life; its purpose was to sell nutritional supplements.  They opened a checking account (called “the first account” in court documents) in the company’s name at AmSouth Bank; Fred and Bellann were the only people with access to the account.  The following month, the business took on two additional partners, namely Ronnie George and Chalmus Weathers.  In a pre-incorporation agreement, the parties agreed to be equal partners in terms of company ownership, but that Fred would get a 20 percent commission on all sales.  The company opened another checking account (the second account) at the same bank; all partners had access to this account.  Unbeknownst to the other partners, Fred and Bellann did not close the first account when they opened the second one.

In February 2001, the parties entered a new agreement, by which Ronnie would be 100 percent owner of the company, but he would pay Fred $5,000 per month, plus a 20 percent commission on sales.  Meanwhile, Fred would sometimes deposit checks for the sale of Enhance for Life products into the first account.  Ronnie found out about this on April 21, 2001, and five days later, he signed an agreement with Fred Fitts, terminating their business relationship.  Before they signed the agreement though, Ronnie requested that the bank transfer $85,000 from the first account into Ronnie’s own business account (the third account).

Two years later, Fred entered into a dispute with the bank regarding the transfer of money out of the first account.  He claimed that he did not notice until months after the fact that the money had been taken out of his account.  In short, it was a mess.

If your business partner has been defrauding you or making transactions without your knowledge, an Alabama business & corporate litigation attorney can help you mitigate your financial losses.  The first step to regrouping after a business relationship falls apart is to contact a small business lawyer.  Contact Cloud Willis & Ellis for help today.