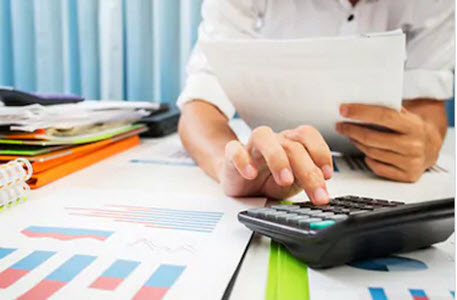 Many people’s wedding vows include a promise to take care of each other in sickness and in health and whether they are rich or poor.  Today, medical debt is the main source of financial stress for many couples and families.  One injury or illness serious enough to require a visit to the hospital is enough to plunge many previously financially secure families into a constant cycle of trying to decide which bills they must pay now and which ones will have to wait until the next paycheck comes in.  Against this backdrop, medical creditors can and do sue patients for the payment of long-overdue bills.  While some states allow creditors to sue a married person for medical debts incurred by his or her spouse, Alabama does not.  For help pursuing the options that Alabama law does afford to creditors for collecting medical, contact an Alabama creditors’ rights lawyer.

The Doctrine of Necessities Is Based on Outdated Gender Stereotypes

The doctrine of necessities, also called the doctrine of necessaries, has its roots in English common law, dating back to the Middle Ages.  It says that a husband is legally responsible for the “necessary support” of his wife.  Until the past few decades, almost all states interpreted that to mean that a husband is liable for debts related to his wife’s necessary medical care, thus making it possible for doctors and hospitals to sue a man for his wife’s unpaid medical bills.  Today, all but one of the states that still follow the doctrine of necessities interpret it in a gender-neutral way, meaning that you can also sue a woman for her husband’s medical debts or sue people in same-sex marriages for their spouses’ debts.  A 1992 decision by the state Supreme Court repealed the doctrine of necessities in Alabama.  Therefore, you cannot sue people for their spouses’ medical debts in Alabama courts.

Emanuel v. McGriff, the Supreme Court Case That Abolished the Doctrine of Necessities in Alabama

In the months leading up to her death in 1985, Rosie Wilson had several hospital stays at Huntsville Hospital; her treating physician was Dr. James McGriff.  Before her death, her husband James Wilson signed a promissory note for $11,306.  Before and after her death, and even after her estate settled, Wilson continued paying small installments toward his late wife’s medical bills.  The creditor did not claim any part of the debt from her estate, despite notices to creditors being published, pursuant to the rules for probate.  When James Wilson died in 1987, the creditors tried to claim the debt from his estate, leading to a legal dispute between the creditors and Betty Emanuel, a relative of Rosie and James Wilson who was the personal representative of the estate.  The Supreme Court’s ruling, namely that the creditors could not sue James Wilson’s estate for his wife’s medical debts, amounted to a repeal of the doctrine of necessities in Alabama.

Even though suing a patient’s spouse for a medical debt is not an option, an Alabama creditors’ rights lawyer can help you collect your money within the bounds of the law.  Contact Cloud Willis & Ellis in Birmingham, Alabama for a consultation.