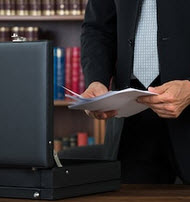 Many courts have conceded time and time again that it is a supervisor’s or manager’s job to coach, counsel, and discipline employees until the employee is able to perform the duties of his or her job adeptly and without supervision, and if an employee fails to do so, it is not a reflection of his or her characters or capabilities but rather, a reflection of the supervisor’s training skills. That said, those same courts recognize that enough is enough and do occasionally recognize LCAs as being legally binding agreements. According to the American Bar, if you hope that the courts will recognize your last chance agreement as a legally binding contract, you must ensure that you draft it correctly and that you use it in the appropriate circumstances.

If you wish to use an LCA as supportive evidence for your decision to terminate an employee, be sure that the language of your contract is clear and leaves no room for interpretation. Vice v. Conoco, 150 F.3d 1286 (10th Cir. 1998) serves as a perfect example of what could happen if you fail to do so.

In this case, the defendant, Conoco, issued employee Vice a disciplinary letter as a result of its investigation that yielded evidence of sexual abuse toward Vice’s secretary. In the letter, Conoco states that should Vice be involved in any other instances of a similar nature (sexual harassment), substance abuse, or any other type of misconduct, he would be discharged immediately. The letter further stated that his compliance with the aforementioned stipulations would be required as a condition of his continued employment. Vice interpreted the letter not as a disciplinary action but rather, as an alteration of his at-will employment status, meaning that the company could only discharge him if he failed to comply with the agreement. He argued his case in court but ultimately lost.

While Oklahoma, the state in which this dispute took place, has contract laws that favored the employer’s stance, the same may not hold true for employers in other states. For this reason, employers should be careful in how they word their LCAs and, moreover, be aware of state law contractual principles. If they are not, they may accidentally create an LCA that is actually an agreement for long-term future employment.

Mean What You Say

In a 2004 case, employer Journey’s End attempted to prove that it opposed employee Ernie Young’s sexually harassing behavior by pointing to its LCA, which it had Young sign after Young’s deplorable behavior first came to light. The LCA stated that the employer does not condone the harassment of any employee or patron and that the continuation of such activity would result in termination. In addition to having Young sign the LCA, a supervisor also verbally admonished Young’s behavior and clearly stated that if it continued, Young’s employment with the company would not.

Despite the agreement and the admonishment, Young’s conduct continued. When an employee filed yet another complaint, the employer’s reply was, “that’s Ernie,” and no further action was taken. The employee then filed a lawsuit against the employer.

The employer tried to defend its case by pointing to the LCA. However, the court rejected its argument, stating that the defendant failed to exercise reasonable care to prevent and correct Young’s behavior. The court went on to clarify that if an employer is not prepared to enforce the terms of an LCA, it should not enter into such an agreement. As is demonstrated in this case, when an employer does not “pull the trigger” when the employee violates the agreement, it sends the message that the employee may continue with his or her unpardonable conduct without fear of reprimand.

What the outcome of this case tells employers is that if they enter into an LCA, they better be prepared to follow through with the terms otherwise the courts will not recognize it. If you are not sure if you could follow through with termination, consider threatening a lesser disciplinary action such as reduction in pay, demotion, or suspension.

Before you enter a last chance agreement with an employee, consult with a Birmingham corporate law attorney. At Cloud Willis & Ellis, our attorneys are prepared to help you draft an LCA from scratch, or to review your existing LCA for wording or terms that may arise in legal issues down the road. Though working with a lawyer will require a bit of time and monetary investment, it can save you a major headache in the future. Contact our law firm today to schedule your consultation.