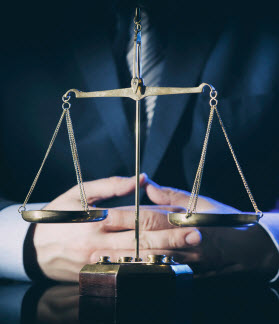 In the grammar world, the Oxford comma is of hot debate, one that has divided friends, family, and coworkers for decades. There are people who believe strongly in the Oxford comma, which is a comma used after a conjunction in a series of three or more items (i.e. turkey, mashed potatoes, and gravy), and then there are those who think that the Oxford comma—also known as the serial comma—is highly unnecessary and who would do away with the last comma entirely. While each style of writing takes one stance or another, there really is no right or wrong position, except maybe, in a court of law.

At Cloud Willis & Ellis, our business litigation attorneys help business owners draft sound contracts that leave little room for interpretation, which is why believe that the Oxford comma is an issue that needs to be addressed. A recent case involving Oakhurst Dairy and its drivers is a good example of why.

The Overtime Dispute That Was Caused by a Missing Comma

In 2014, a relatively small dispute gained notoriety when a group of drivers sued their employer, Oakhurst Dairy, for over four years of overtime pay that had been denied. Under Maine law, individuals who work more than 40 hours in a workweek must receive 1.5 times their normal pay for each hour worked overtime. As with all laws, there are some exemptions. In this case, the exemption was:

“Overtime rules do not apply to:

Ultimately, the United States Court of Appeals for the First Circuit ruled that the missing comma created enough ambiguity for the drivers. It ordered the Portland dairy to shell out over $5 million in overtime pay to the drivers. Though a huge victory for the drivers and advocates of the Oxford comma everywhere, there is still no ruling on whether or not the verdict means that the skipped comma is an unnecessary annoyance or a defender of clarity. At Cloud Willis & Ellis, we believe that it is best to be on the safe side and use the Oxford in all contracts.

In defense of Oakhurst Dairy, the Maine Legislative Drafting Manual specifically dissuades the use of the Oxford comma, calling commas the “most misused and misunderstood punctuation marks in legal drafting and, perhaps, the English language” (Page 113). It cautions lawmakers to use the punctuation sparingly and thoughtfully. “Although authorities on punctuation may differ,” the guide continues, “when drafting Maine law or rules, don’t use a comma between the penultimate and the last item of a series.”

Despite what the manual stipulates, the fact is that the clause was ambiguous. As the drivers’ lawyer said, “It did create an ambiguity, which means you have to either add a comma or rewrite the sentence.”

Let a Skilled Attorney Help You Draft a Sound Contract

If you want to ensure that your legal contracts are binding, valid, and free from interpretation, hire an experienced business litigation attorney to help you draft it. Contact the team at Cloud Willis & Ellis, LLC via phone, email, or online contact form to schedule your consultation today.