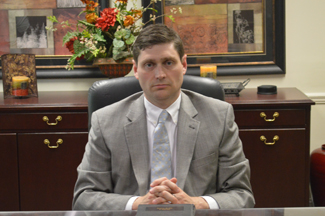 Born and raised in Lexington, Virginia, Harrison Willis received his undergraduate degree at Rhodes College, where he graduated with a B.A. in history. In 2001, Mr. Willis graduated from Cumberland School of Law, Samford University with a J.D. He was licensed to practice law and admitted in the Commonwealth of Virginia and the State of Alabama.

After law school, Mr. Willis served as a judicial law clerk for the Honorable William F. Stone, Jr., U.S. Bankruptcy Judge for the Western District of Virginia. Prior to joining Cloud Willis & Ellis as an associate in 2008, Mr. Willis practiced with a Birmingham law firm maintaining a general practice with an emphasis towards bankruptcy law and commercial litigation.

Mr. Willis is committed to excellence in his practice and service to his clients. He practices in all state and federal courts in Alabama.