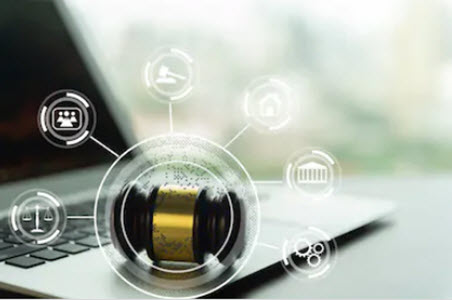 Perhaps you have attended a “white elephant sale” and come home with a haul of charming knick-knacks acquired for a dirt-cheap price.  Originally, though, the term “white elephant” referred to something much more expensive, and it retains this meaning in business law today.  The monarchs of various kingdoms in Southeast Asia used to keep light-colored elephants, as the animals were believed to bring blessings.  Receiving one of these elephants as a gift from the king was a great honor, but the recipient was not allowed to sell the animal or give it away; instead, the recipient had to care for the animal for the rest of its natural life, which is prohibitively expensive.  Thus, in business law, a white elephant is a business venture, usually a construction project, that at first promises to be lucrative but ends up being so expensive that one or more of its sources of capital runs out before it ever becomes profitable.  If you are trying to disentangle yourself from a white elephant business project, contact an Alabama business law attorney.

Taylor was a partner in a construction company that was involved in two major building projects in Auburn in the early 2000s, one a church and the other a public works project.  In 2004, Taylor sold his share of ownership of the company to Michael, an employee of the corporation.  Later that year, Michael sold his ownership interest in the company to Gerald.  Michael and Gerald’s agreement contained a provision in which Gerald agreed to hold Michael harmless for any financial losses Gerald incurred because of these construction projects.

The projects ended up taking much longer than expected to complete, and they vastly exceeded their original budget.  Taylor and Michael each provided money to Gerald to help him complete the projects; the money they gave him totaled well over half a million dollars.  Then things got messy, and the parties ended up in a tangled web of litigation.  The main issue was whether the money Gerald had received from Taylor and Michael was a loan and how the indemnity clause in Michael and Gerald’s 2004 agreement affected the situation.  After four years of litigation, none of the parties emerged from the situation wealthier than they had started.

How to Ditch a White Elephant Business Venture

Most small businesses close after operating for only a short time; when you are the only person making the business decisions, you need only think clearly about how much more money you are willing to lose for a chance at a large profit.  With big, multi-party projects, though, there is plenty of room for conflict among interested parties.  The sooner you consult with a business law attorney, the more easily you can resolve these conflicts.

An Alabama business & corporate litigation attorney can help you walk away from a business venture that is going nowhere, while respecting the rights of all parties involved.  Contact Cloud Willis & Ellis for help with your case.