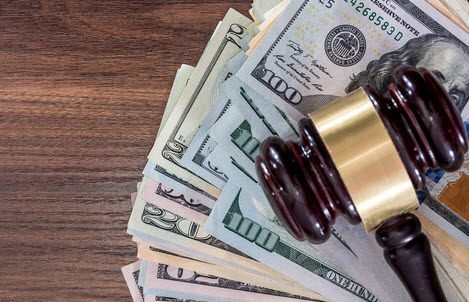 As if 2020 had not already thrown enough surprises our way, it appears that Congress may have reached a compromise on the issue of surprise medical billing.  Over the past two years, members of Congress have attempted to introduce several pieces of legislation that would replace the current system of billing for emergency care with one that does not leave patients with debts they cannot pay and had no choice about incurring.  Senate Majority Leader Mitch McConnell has yet to say whether he will endorse the bill and therefore whether it will be part of the year-end omnibus bill.  Whatever form the legislation ends up taking, it will specify a way that physicians and other healthcare workers who provide emergency care can collect payment.  If you are a doctor or medical practice involved in a dispute about payment, a Birmingham creditors’ rights lawyer can help you.

The Trouble with Surprise Billing

Under the current system, everyone loses when a patient gets a triple-digit (or bigger) medical bill that they were not expecting and cannot afford.  Surprise medical bills tend to result from emergency room visits.  The patient visits a hospital that they think is in-network for their insurance, and their insurance covers its portion of the ER visit as stipulated in the patient’s insurance policy.  The ER visit might be covered by insurance, but the radiologist, anesthesiologist, and emergency room physician who saw the patient were not in their network, as they are employees of staffing firms that tend to provide personnel for emergency rooms.  A debt collection nightmare then ensues, which ends up being a big financial burden both to the patient and to the creditor.

Two Solutions in One Bill?

Members of the healthcare and health insurance industries disagree about the best way to solve the problem of surprise billing.  One possible solution is called benchmarking, in which there are industry-wide limits on the cost of services rendered, whether or not the provider was in the patient’s network.  In other words, an out-of-network provider could still send the patient a surprise bill, but it would be for an amount comparable to what the patient would pay if their insurance had covered a portion of the treatment.  The other solution requires healthcare providers and insurance companies to go to arbitration if the insurer refuses to pay an out-of-network for emergency care.  The compromise discussed in Congress this week would indicate benchmarking for smaller surprise bills while sending larger bills to arbitration.

Of course, everyone who has managed a medical practice knows that collecting payment from insurance companies is not as easy as it sounds.  Even if a new federal law goes into effect about surprise billing for emergency care, medical offices will need the help of creditors’ rights lawyers to collect payment from patients and insurers.

An Alabama creditors’ rights lawyer will help you collect the payment owed to your medical practice, no matter what new laws about medical billing take.  Contact Cloud Willis & Ellis for help today.