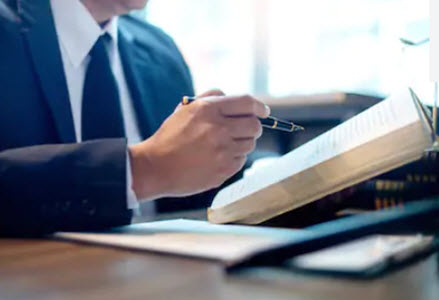 In its prime in the 1970s and early 80s, the Omelet Shoppe was an idyllic local chain restaurant in the Birmingham area.  In recent years, it has gotten more publicity for its misfortunes than anything else.  An empty Omelet Shoppe restaurant location in Hoover, Alabama was locally famous as an eyesore for years before being torn down in 2013 so a chain drugstore could be built on the site.  Another Omelet Shoppe location, the one on 10th Avenue North, was key in a murder investigation.  While Steven Fike was on trial for the 1982 murder of Patricia Ann Culp, a witness testified that, the day after the crime, he had eaten breakfast with Fike at the Omelet Shoppe; Fike drove himself to the diner in a car later revealed to belong to the victim.  Long before it became a symbol of urban decay and a criminal underworld, though, Omelet Shoppe’s troubles began with a dispute between business partners.

In 1980, the Alabama Supreme Court issued a decision in the dispute among the owners of Omelet Shoppe Inc., an Alabama company. In 1979, two of the company’s directors, R. Merritt Rogers and Ben Power, voted to remove the third director, William Ingram from his position as president of the company and to elect Rogers in his place.  Ingram owned the majority of the stock in the company, so much, in fact that he was able to elect his own board of directors.  He called a stockholder’s meeting on August 10, 1979, during which he was re-elected as president of the company, but by that time, Rogers had already filed a lawsuit against him.

Rogers alleged that Ingram had falsified the company’s financial reports in order to persuade Rogers to make loans to the company out of his personal assets and to use his own property to secure loans the company had taken out.  He also alleged that it was Ingram’s mismanagement of the company’s finances that had brought it to the brink of bankruptcy.  Ingram allegedly promised to give Rogers an additional 10 percent in the company in exchange for Rogers making an unsecured loan to the company of $300,000 out of his own money, although they never committed this agreement to writing.  The trial court declared that Rogers rightfully owned the 10 percent stock Ingram had promised him; it also issued an injunction forbidding both Rogers and Ingram from interfering in the company’s affairs.  A series of appeals ensued, eventually leading to a Supreme Court ruling affirming the trial court’s decision, although some of the judges of the Alabama Supreme Court wrote a dissenting opinion.

Business partners frequently make promises to each other in conversation, but unwritten agreements are rarely enforceable in court.  This case is one of just a few examples where the court ruled to enforce an unwritten contract.  Contact the Alabama business & corporate litigation attorneys at Cloud Willis & Ellis for a consultation about a dispute among the partners in your business.