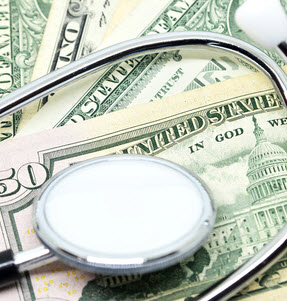 In Alabama, as in many other states, people are starting to get very worried about the COVID-19 outbreak, and not just people who are themselves at high risk of developing a serious illness because of the virus.  The financial worries are the scariest thing about COVID-19 for many people.  Now that universities have closed, how will the people who make their bread and butter as delivery drivers transporting midnight snacks from restaurants to college dorms continue to make a living?  Medical bills are already a major contributor to many Americans’ debt burden, and the new coronavirus could make the problem even worse.  Collecting payment from financially strapped patients who, at best, can only afford to pay small installments spread out over a long period of time, is a major financial challenge for healthcare providers.  Suing patients who are delinquent on their payments and, if necessary, seeking a court order for garnishment of wages, is one option available to creditors, but it can be costly and time-consuming.  To discuss your rights regarding collecting unpaid medical bills and to choose the best option, contact an Alabama creditors’ rights attorney.

$200 is not a lot of money to a hospital that takes in millions of dollars in insurance payments every year, but for many working Americans, it is a substantial part of their paycheck.  A person who works full-time and earns minimum wage in Alabama gets $290 per week before taxes, so $200 represents well over two thirds of their take-home pay.  Jackson Hospital, one of the biggest non-profit hospitals in Alabama sued 1,302 patients over unpaid balances in 2019, and six of these patients owed $200 or less.  One of those patients was Tara Harriel, whom Jackson Hospital sued for a $150 charge she did not realize she owed after she went to the ER when she broke her finger; between the money she paid to the hospital and the contributions from her employer-provided insurance, the thought the whole bill had been covered.  The hospital sued Harriel and ended up garnishing her wages, taking 25 percent of her earnings for several weeks.  The total amount they took ended up being over $200, because it also included attorneys’ fees.

Increasingly, hospitals are starting to behave as if the lengthy process of suing a patient and seeking a court order for garnishment is more trouble than it is worth.  At most hospitals, the number of lawsuits against patients with unpaid balances is decreasing.  For example, DCH Regional Hospital filed 1,453 lawsuits against patients in 2014, more than any other hospital in Alabama, but in 2019, it filed only 378.  Meanwhile, some defendants were unaware of their unpaid balances until they were served with the lawsuit.  Other patients, aware that they owe balances that exceed their monthly income, would prefer to pay installments for decades rather than be taken to court and reminded of their poverty.  Hospitals are increasingly deciding to choose their battles when trying to collect unpaid bills.

When it comes to collecting bills, what you can do and what you should do are not always the same.  Contact the Alabama creditors’ rights attorneys at Cloud Willis & Ellis for a consultation.

How Will the Coronavirus Outbreak Affect Your Medical Practice’s Ability to Collect Payments from Your Patients?