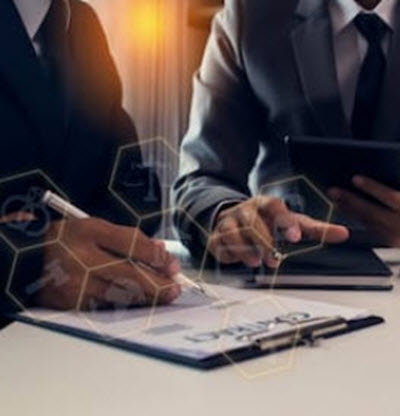 As job stability begins to look more and more like a rare luxury, many of us would rejoice at an employment contract that automatically renewed itself.  Even in fields where entry-level positions require advanced degrees, there is a trend toward hiring employees on a temporary or contingent basis at all, if they even get the designation of employees.  When you get a long-term contract, no matter how sweet it might seem, it is always a good idea to read the fine print.  If you leave your job at the end of the original contract period, not realizing that the contract automatically renewed, your employer could sue you for breach of contract.  The best time to review a contract carefully and discuss it with a lawyer is before you sign.  Even if you have already signed an employment contract, an Alabama business law attorney can help you deal with conflicts that arise in connection to the contract.

Details of the Keller Hospital Lawsuit

Dr. Stephen Keith is an obstetrician and gynecologist.  When Helen Keller Hospital hired him, he signed a two-year contract that would automatically renew his employment for a third year unless he notified the hospital in writing that he did not wish to renew it.  The contract also contained a non-compete clause that prohibited Dr. Keith from working for other hospitals in the area for a certain period after his employment with Keller ended.

Dr. Keith worked for Keller for two years and then, thinking his obligations to them had been fulfilled, he took a job at Eliza Coffee Memorial (ECM) Hospital in Florence.  Keller filed a lawsuit against Keith for breach of contract, alleging that, by signing the contract, he had promised to give 90 days’ notice before the two-year period ended if he were to choose not to continue his employment past the first two years.  It also alleged that he violated a non-compete clause in the original contract.

Meanwhile, Keller also accused ECM of poaching physicians by offering them unconscionably lucrative signing bonuses in order to lure them away from their jobs at Keller and entice them to violate non-compete clauses.  A spokesperson for ECM, Jeff Atwood, broke with his usual practice of not talking to the media about ongoing litigation in order to deny Keller’s allegations and to assert that ECM always adheres to ethical practices when recruiting physicians and other employees for the hospital.

Employers have the right to include non-compete agreements in contracts, but they cannot restrict former employees’ freedom to an unfair degree.  For example, Keller cannot say that Dr. Keith can never practice medicine in Alabama again for anyone except them.

As much as it may feel like your employer controls every aspect of your life, they have very limited ability to dictate what you do after you no longer work for them.  A business law attorney can help you determine whether a non-compete clause in an employment contract is legally valid.  Contact the Alabama business & corporate litigation attorneys at Cloud Willis & Ellis for a consultation.