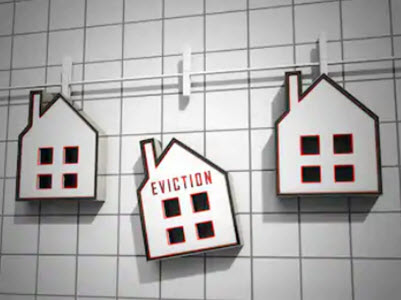 A years-long dispute where a landlord is trying to kick out a tenant who won’t pay rent but won’t budge might make for an entertaining movie plot, but it is incredibly frustrating if you are the landlord.  It might be interesting for viewers to see both parties invoke loopholes and extenuating circumstances that allow them to evict or stay put, but if the landlord is you, then you lose money every month that the non-paying tenant stays in your rental unit and prevents you from renting it to someone else.  Alabama laws regarding disputes between landlords and tenants used to be burdensome for both parties.  Landlords who wanted to evict their tenants had to endure several waiting periods, so that the process of giving notice to terminate the lease, terminating the lease, giving notice to evict, and the eviction itself could take months.  Meanwhile, tenants who went to court against landlords who were unresponsive about maintenance requests also faced a sluggish response from the courts.  The current laws make the process more streamlined, but it is still best to work with an Alabama eviction lawyer if you need to evict a tenant.

A Reasonable Timetable for Eviction

In contrast to the old Sanderson Act and McLaughlin Act, which subjected landlords and tenants seeking remedies to a time-consuming process, the current eviction law makes the process quicker.  The newest version of the Alabama Uniform Residential Landlord Tenant has been in effect since June 2018.  It gives tenants seven business days to fix a curable breach of their lease agreement; if they don’t meet the deadline, the landlord can terminate the lease and move onto eviction.  For example, if you notify your tenant that you plan to terminate the lease because of non-payment of rent, the tenant has seven business days to pay you the money they owe.

Three Strikes and You’re Out

The above rules only apply to curable breaches.  Some violations of the lease agreement are incurable, which means that as soon as a tenant does them, you have the right to terminate the lease agreement.  Incurable breaches tend to be things that are illegal anyway, like possessing illegal drugs in the rental unit.  Under the new rules, discharging a loaded firearm on the property, except in cases of self-defense, is an incurable breach, even if the tenant legally owns the firearm.

Evicting a tenant is much less of a hassle than it used to be, but it is still worthwhile to have a lawyer on your side.  Contact the Birmingham eviction attorneys at Cloud Willis & Ellis for a consultation.