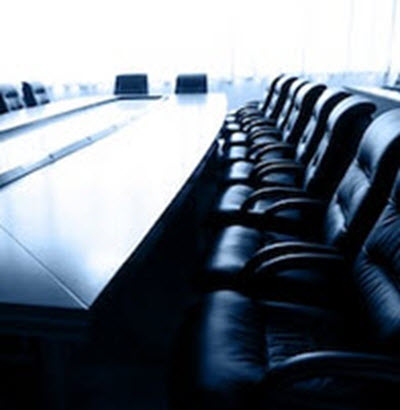 When two friends go into business together and then have a professional falling out, they both lose money, as well as a friendship.  When three or more partners start a business together, and then that business breaks up, the fallout can be even messier.  Think about the ugly legal battles surrounding the breakup of bands like the Beatles and Pink Floyd.  Even if your business doesn’t have instant name recognition like those famous bands, you could still be in for years of litigation if a partnership-ending dispute arises among your business partners.  The wisest thing you can do is to contact an Alabama business law attorney at the first sign of trouble.

The Radiology Clinic and Its Breakup

In 1991, physicians Donald Stewart, Stephen Brinley, and Donald Johnson opened a diagnostic imaging center; its services included X-rays, MRIs, ultrasounds, and other types of images ordered by physicians for their patients.  Each physician joined the new company, Lauderdale Radiology, in his capacity as a whole or partial owner of his respective professional corporation (P.C.), as is common practice in the medical field.  The partnership agreement specified the amount that each partner (P.C.) must pay Lauderdale Radiology for each reading of diagnostic images (that is, when a physician interprets a patient’s set of X-ray or MRI images and writes a report for the patient’s treating physician).  Without Stewart’s knowledge, Brinley and Johnson later lowered the amount that their P.C.s would have to pay to Lauderdale Radiology per service, first to $125 and then to $100.  This caused Stewart to suffer financial losses, in addition to being a breach of paragraph 7.10 of the partnership agreement, which stated the rate per reading that all of the partner P.C.s must pay.

In 2001, after he found out that Brinley and Johnson had made their own agreement behind his back, Stewart decided to sue.  The plaintiffs were Donald Stewart, his wife, and his P.C. which was a partner in Lauderdale Radiology.  He named as defendants Brinley, Johnson, and their professional corporations.  The defendants filed a motion to dismiss Stewart’s complaint, citing res judicata and collateral estoppel.  Res judicata is when a party cannot file a new lawsuit about a matter that has already been decided in a court of law, and estoppel is when a court requires someone to abide by a promise they have made pursuant to a previous legal action.  The court treated the motions to dismiss as motions for summary judgment.  To prevent the summary judgment, the plaintiffs added an additiona; claim to their complaint, this time alleging undue enrichment instead of merely breach of contract.

What made this case so hard to resolve was that, in the late 1990s, Stewart and Brinley had sued Johnson for invasion of privacy; they also named as a defendant David Bosham, a private investigator hired by Johnson.  In summary, it was one company with three partners, brought down by multiple lawsuits and counterclaims.

An Alabama business law attorney can protect your multi-partner company from ending in a messy breakup.  Contact the Birmingham business & corporate litigation attorneys at Cloud Willis & Ellis for a consultation.