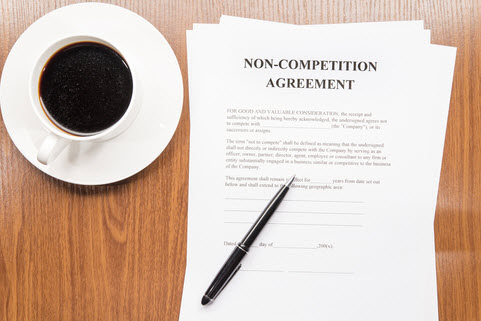 Thanks to the gig economy, workers have had to assume more and more responsibility while employers have assumed less and less.  9 to 5 jobs are no longer the norm; having one part-time job on the weekdays and one on the weekends while driving Uber in the evenings has become increasingly common, and not only for bright-eyed twentysomethings for whom a cushy full-time job is just on the horizon.  Meanwhile, even as jobs with health insurance benefits and paid leave become rarer, many employers still include restrictive covenants, such as non-compete clauses, into employment contracts and independent contractor agreements.  These provisions limit what the employee or independent contractor can do while working for you and even after they stop working for you.  Restrictive covenants can protect employers if written and applied judiciously, but if you overstep your boundaries with unfair provisions in a contract, you could be in a vulnerable position in a legal dispute with a former employee or independent contractor.  If you want to protect your business and its intellectual property by including restrictive covenants in agreements with your independent contractors, a business law attorney can help you draft an agreement that respects everyone’s rights.

The Twilight of Anti-Poaching Agreements

Senate Bill 2782 has been under discussion since early 2018; if it passes, it will become a federal law known as the Workforce Mobility Act.  It will prohibit companies that engage in interstate commerce from having employees sign non-compete agreements.  It does, however, enable companies to include provisions in employee contracts preventing current and former employees from sharing privileged information about the company’s intellectual property.

While the tide seems to be turning against non-compete agreements, Alabama is not among the states with the strictest restrictions on restrictive covenants.  If the Workforce Mobility Act goes into effect, it will affect Alabama companies that also do business in other states.  It will stop businesses from bossing former employees around regarding where they can work.  It will still enable companies to protect their trade secrets, though.

Non-compete clauses are very common in independent contractor agreements, but they are not always enforceable.  If you think an independent contractor who works for you is misusing information that they learned in the context of their work for you, a business law attorney can help.  Contact the Alabama business litigation & corporate law attorneys at Cloud Willis & Ellis for a consultation about your business dispute case.