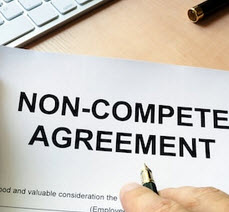 Competition is a vital part of a market economy.  Ever since the early twentieth century, when several large corporations held monopolies in their respective industries, federal and state laws have endeavored to create a level playing field for fair competition in business.  In that case, why do some employment contracts and other business agreements allow for non-compete clauses that limit competition within an industry.  Alabama only allows non-compete clauses in certain circumstances.  If you want to include a non-compete clause in a business agreement, or if your employer wants you to sign a non-compete agreement but you have misgivings about it, contact an Alabama business law attorney.

When Are Non-Compete Agreements Valid?

You can specify anything you want in a contract, but any clause of the contract that conflicts with a law currently on the books is legally unenforceable.  Making your employees promise not to work in the same industry as you after they quit working for you is generally considered bullying, in much the same way that excessively strict rules about what employees can do outside of work hours would be.  Former employees and former colleagues are free to compete in business with people and companies with whom they were previously associated, except for the instances specified in Section 8-1-1, the Alabama non-compete law that went into effect in 2016.  These are the situations where non-compete agreements are valid and enforceable.

The purpose of non-compete agreements is not to limit a person’s freedom of speech or freedom to engage in professional activities.  Rather, they are to prevent harm to the party whose interests are protected by the non-compete agreement.  In general, “protectable interests” refers to trade secrets, not to job skills.  For example, if you quit working at KFC, you cannot open a restaurant where you use the blend of eleven secret herbs and spices taught to you by your former employer.  KFC cannot, however, stop you from opening a restaurant or from getting another job as a cook.

It is not always clear-cut whether the interests being protected by the non-compete clause count as proprietary information.  In many cases, disputes over non-compete clauses must be resolved in court.  A corporate law attorney can help.

The best way to know whether a business agreement that contains a non-compete clause is legally enforceable is to have a lawyer review the contract before you sign it.  Contact the Birmingham business litigation and corporate law attorneys at Cloud Willis & Ellis for a consultation.