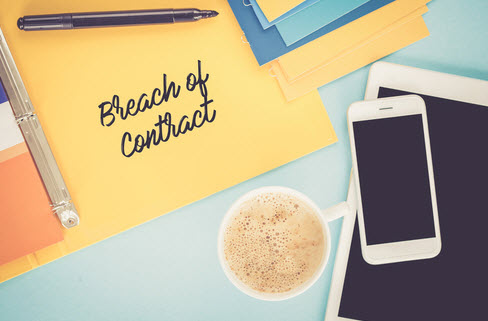 Even though TV shows that portray civil legal disputes, such as The People’s Court or Judge Judy, tend to oversimplify the legal issues, anyone who grew up watching those shows came away understanding the importance of written contracts.  Often, one of the parties would claim that the other had promised them something, but the judge would always say that, without a written agreement, there was insufficient evidence of this promise.  Even the simplest written contracts, even if they are just a few sentences, can be legally enforceable, but the more details you specify in the contract, the clearer it is whether the parties are abiding by the terms of the contract.  If you need to write a contract, or if a person with whom you made a contract has violated its terms, contact a Birmingham business law attorney.

What Is Breach of Contract?

An Alabama Breach of Contract Story

Vince Lennon has filed a lawsuit against his former employer, Alabama News Network, also known as WAKA, where Lennon worked as a sports newscaster, for breach of contract, among other claims.  Upon being hired, Lennon moved from Tennessee to Alabama at his own expense.  He claims that WAKA did not pay him the salary he was promised and did not reimburse him for relocation expenses, as specified in the contract.  He claims that it was impossible for him to do his job successfully, as his employer did not provide adequate cameras, nor did it make editing and production staff members available to him to produce his segments.  He quit working at WAKA, but the lawsuit is still pending.

Before you sign a contract, even if you are the one who wrote it, it is best to have a lawyer review it to alert you to potential problems that could arise from it.  Contact the Alabama business and corporate litigation attorneys at Cloud Willis & Ellis for a consultation.