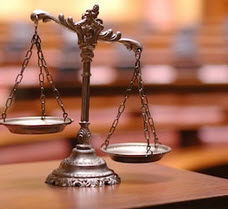 A corporate freeze out, or “squeeze out,” as it is often called, is every bit as catty as it sounds. In the most basic sense of the term, a freeze out occurs when the majority shareholders of an organization pressure the minority shareholders to sell their interests in the company. Typically, the minority shareholders do not want to sell, so the majority use a variety of tactics to get the minority to cave, such as terminating the minority’s employees or refusing to declare dividends. Many freeze outs are also often accomplished via mergers and acquisitions. If a freeze out is successful, it renders the minorities’ voting rights useless. Though some squeeze out tactics are permissible, others are illegal under Alabama law. If you suspect you are the victim of a squeeze out, consult with a Birmingham business litigation lawyer today.

The Basics of a Merger Squeeze Out

Establishing the Validity of a Merger Squeeze Out

For instance, in the 1952 case of Sterling v. Mayflower Hotel Corp., the Delaware Supreme Court established a “fairness” standard that other courts should apply to merger freeze outs. However, even this decision left it up to the court’s discretion to determine what is and is not fair.

Another court case established a “valid purpose” test, which is a more concrete method of determining the validity of a freeze out than the fairness test. Per the “valid purpose” test, the majority shareholders must prove that an economic purpose for the merger exists. If the only purpose of the merger is to squeeze out minority shareholders, the courts are likely to declare a freeze out unlawful and order the majority members to compensate the minority.

What to Do in the Event of a Merger Freeze Out

Though many courts are hesitant to intervene in these types of situations, in cases in which majority shareholders show a blatant disregard for the majority’s rights, an Alabama court may decide that legal remedies are in order. If you are getting pushed out of your corporation, it does not hurt to discuss your rights and possible remedies with an experienced Alabama corporate litigation attorney. Contact Cloud Willis & Ellis today to learn more about how we can help you.

Why You Should Have an Operating Agreement With an LLC