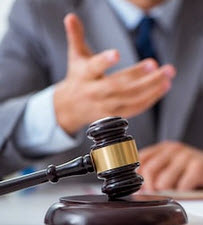 Respondeat superior is a legal theory, most commonly used in tort law, that holds a business or employer accountable for any harms or injuries caused by a negligent employee during that employee’s scope of work. Typically, when a plaintiff invokes the theory of respondeat superior, he or she looks to hold both the company and the worker accountable for his or her injuries. The courts will attempt to do so by further invoking the doctrine of joint or several liability.

According to U.S. Law Network, a plaintiff must establish certain elements for respondeat superior to apply. Our Birmingham employment law attorneys explore those elements more in depth.

For a person to have a successful respondeat superior action, he or she must prove that three essential elements (outside of duty, which is implicit, causation, and damages, which are essential elements in any personal injury case) exist. Those elements are as follows:

To determine if a person was acting within the scope of his or her work duties, the courts will consider three additional factors. The first is whether or not the act was one he or she was required to perform per his or her contractual relationship with the employer. The second is the time and space in which the act occurred. For instance, if the incident occurred during work hours and on company premises, or after work hours but while during a meeting with a client, chances are the courts will consider the action within the person’s scope of employment. Finally, the courts will consider whether or not the negligent party was motivated by a purpose to serve the employer.

The courts have stipulations in place for when an employee deviates from the scope of employment but causes an accident regardless. For instance, if person digresses from his or her work obligations momentarily (to, say, have drinks with a friend before getting back into the company vehicle), he or she may immediately return to employment as soon as he or she resumes doing something that benefits the employer.

Under Alabama’s respondeat superior laws, an employer may be liable for the negligent actions of an independent contractor. However, this is only the case if the “alleged employer has reserved the right of control over the means by which the work is done.”

Many states have expanded on their respondeat superior laws to include a section regarding placard liability. Per placard liability, a carrier whose “placards have not been removed from the equipment” is presumed to be liable for injuries caused by a person driving or operating said equipment. Alabama places the burden on the carrier or employer to remove the placards when the equipment is being used for anything but company purposes if the employer wishes to also remove the presumption of control over the equipment.

Retain the Help of a Alabama Business Litigation Attorney

If one of your employees has recently caused harm to another person or entity, you may wonder if you can be held financially liable for his or her actions. The answer is, it depends. However, do not wait until your hearing to find out your fate – rather, retain the help of a skilled Alabama business litigation attorney who can help you better understand your rights under respondeat superior and who can help you mitigate or eliminate liability. Contact Cloud Willis & Ellis today to learn more.