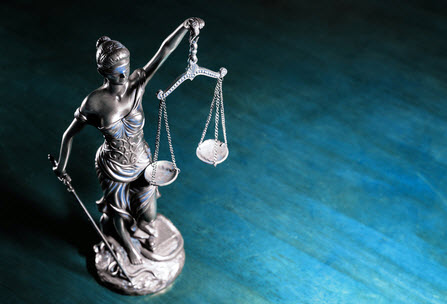 The environmental health of a Decatur-area river has one major corporation embroiled in serious legal dispute. Due to allegations of leaking potentially hazardous chemicals into the Tennessee River, an environmental group has brought a lawsuit against 3M, BFI Waste Systems of Alabama, the city of Decatur itself, Morgan County and others. That group, Tennessee Riverkeeper, cites the federal Resource Conservation and Recovery Act as basis for its grievance.

It has also suggested that risks to human health and the local environment at large warrant closer attention. While US District Judge Abdul K. Kallon recently refused to have the case dismissed, he admitted that much hinges upon whether the chemicals in question—PFOA and PFOS—truly qualify as hazardous, a determination that must be left to experts given the Act’s ambiguity with respect to qualification.

Tennessee Riverkeeper founder and director David Whiteside was adamant regarding the lawsuit’s merits.

“After nearly five decades of 3M’s pollution of the Tennessee River, where no one has held the defendants accountable, Riverkeeper needed to act to protect this precious resource and all the wildlife and restore justice to the hundreds of thousands of people who rely upon her waters everyday,” he said via news release, per Alabama.com. “We don’t mind 3M making profitable products—but, we cannot tolerate the defendants putting profit ahead of the health of people, the environment, and our water.”

That said, the allegedly hazardous status of chemicals in question isn’t the only relevant factor according to defense attorneys. William A. Brewer III, counsel for 3M, argued that facts surrounding the case will vindicate the manufacturer’s track record.

“3M has always operated in compliance with its legal and regulatory obligations,” he noted. “The company voluntarily ceased the manufacture and use of these chemistries well over a decade ago. Since that time, 3M has worked in close collaboration with state regulators to address the environmental presence of these compounds.”

Of course, it remains to be seen what precisely the corporation has actually done amid said collaboration. Moreover, the case may well highlight whatever extent Alabama regulators have effectively pursued the removal or neutralization of these chemicals. If it is indeed the case that 3M proactively ceased production thereof, there may already be ample evidence that the company was aware of their potentially hazardous status.

Meanwhile, counsel representing local and public interests implicated by the lawsuit are maintaining that 3M is exclusively responsible for the discharge and any requirement that it have been cleaned up.

The Resource Conservation and Recovery Act under which the suit is filed grants the Environmental Protection Agency (EPA) right of control over hazardous waste throughout its potential lifecycle.

Is Your Business at Risk of Litigation?

Whether your company is involved with practices that might affect the environment, any potential harm to the public can elicit litigation. Moreover, you certainly needn’t be as large as 3M to attract legal attention—frivolous or otherwise. Should you require assistance (including simple advisement) whence it comes to corporate litigation, Cloud Willis & Ellis has the skill, pedigree and commitment to represent your interests successfully. Reach out to our Mobile office today for help.